Angel tattoo designs are one of the most favored by men and women. You can see the fact that there are body tattoo enthusiasts over the years. Due this design can be used to represent these spiritual characters. 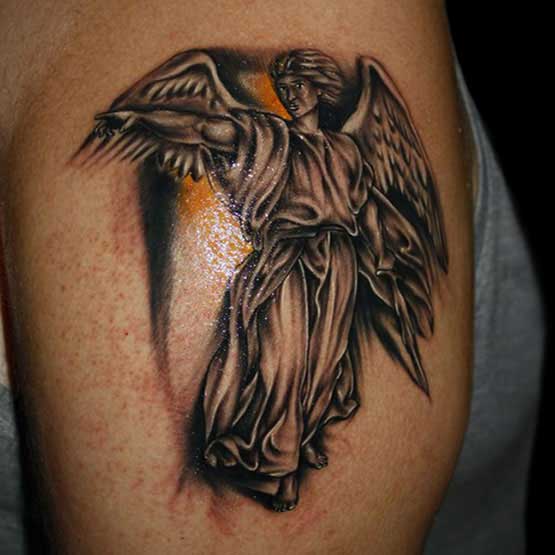 We know that the symbolism also plays an important role in the world of skin art. There are these designs can represent many important values, such as spirituality, beauty, peace, and even crime etc. And this is a reason for someone to what they make ink on their bodies.

When a girl get angel designs, this can be an indication that she is someone who quietly and patiently. The girl looks even more emphasis on the health of her soul. She believes that confidence is more attractive than beauty outer physical appearance. Angel tattoo designs is also a sign that she is a loyal friend who goes where needed to protect others. 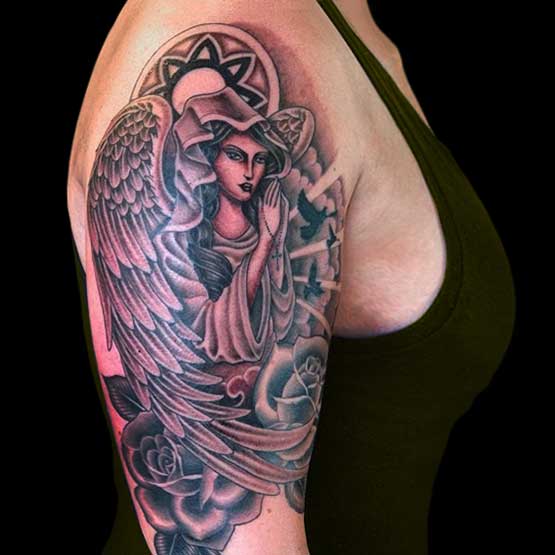 But on the other hand, men have a different assessment if they use angels as their body tattooed. This certainly influences a belief that they have. In fact many men claim that their angel tattoos have helped them to attract the girls. Of course they have different reasons for it.

But, whatever the reason this designs can be designed to represent the various aspects of human life. Even to the death aspect of the man himself in meaning an angel. There are its designs divided into several themes of presentation to be used as a tattoo. But in the end, only the owner of tattoo truly knows what it represents to them. So be sure to select the design yourself this correctly.

Aspects of the theme in angel tattoo designs

The most common theme in this design is spiritual or religious, because angels are considered as the link between man and god. The word angel comes from the Greek word for messenger or one who is sent. Thus they are often depicted as messengers of God sent to protect mankind from evil. This is one of the reasons they chose them for angel tattoo designs. 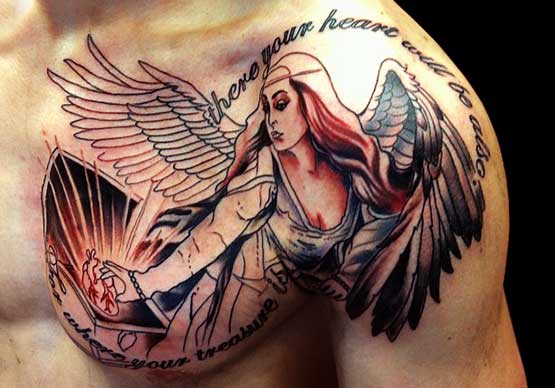 Some religions believe that angels protect the lives of their people from the devil. That is the reason for many people to make their body tattoo designs. That’s what makes this tattoo even become popular in all circles. You can see the designs seen on the walls of churches and they are made with refined character and full of spirit. 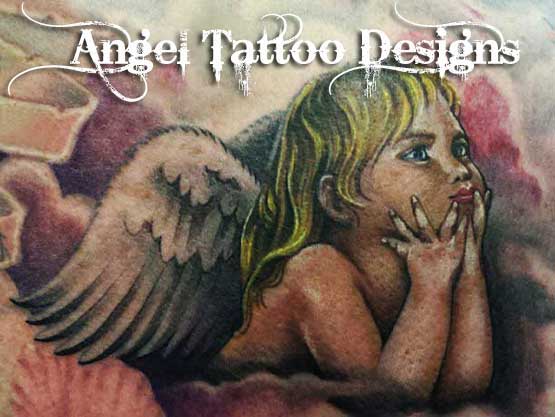 Aside from being a protector angel is also frequently regarded as the messenger of love. And the most famous is Cupid who uses a bow to shoot one’s heart. So that the people affected by their arrow would fall in love with each other. This design is often described as a child who is carrying a bow. Some even make the angel tattoo designs floating above the heart.